Ring of Elysium released an updated on October 1st, to go with the updates comes free DLC to promote the Gratitude of Dione event. The patch went live October 1, 2018 at 2:00 AM PDT. Featured in the patch is the Gratitude of Dione event that includes free DLC. The free DLC is availabe on Steam and includes the free gray turtle neck, and a free bandanna dubbed the “Death Bandanna” featured below: 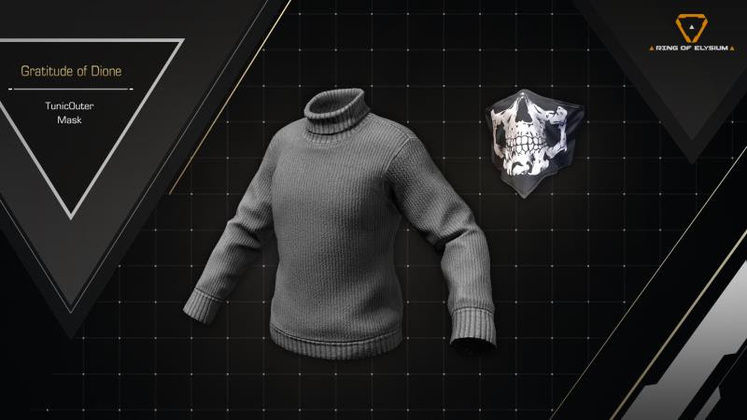