OpTic Gaming has released their entire OpTic India CS:GO roster. The roster has been released after player Nikhil “forsaken” Kumawat was caught cheating at the eXTREMELAND ZOWIE Asia tournament in Shanghai. Despite claims that the rest of the roster had no knowledge of forsaken using cheats, the entire team has been released.

It was discovered that Forsaken had been cheating after and admin called for a timeout during one of the OpTic India matches. The admin called for timeout and as you can see below Forsaken clearly did not want the admin going through his computer.

After it was announced that OpTic India CSGO was officially disqualified from the tournament OpTic’s Jesal Parekh who helps manage the team said the other players had no knowledge of Forsaken’s cheating:

“The player caught with hacks has been released from the organisation, we do not tolerate anything like this,” the OpTic chief told HLTV.org.

“We want to apologize to all the other teams and organizations involved. It is unfair for everyone involved. We also want to apologize to our country and to the fans who have supported us. This will be a big setback for the country, and it is really unfortunate that one selfish person is capable of causing this.

“An official statement will be released soon by the organization, but I want to make it very clear that the other four players had no knowledge of this and would never have agreed to even play if there was even the slightest hint of it.”

A few hours afterwards the organization made the official decision to drop the entire roster. The news of cheating was the last straw for OpTic India after the recent layoffs at OpTic’s parent company Infinite Esports & Entertainment. View the official statement from OpTic India below: 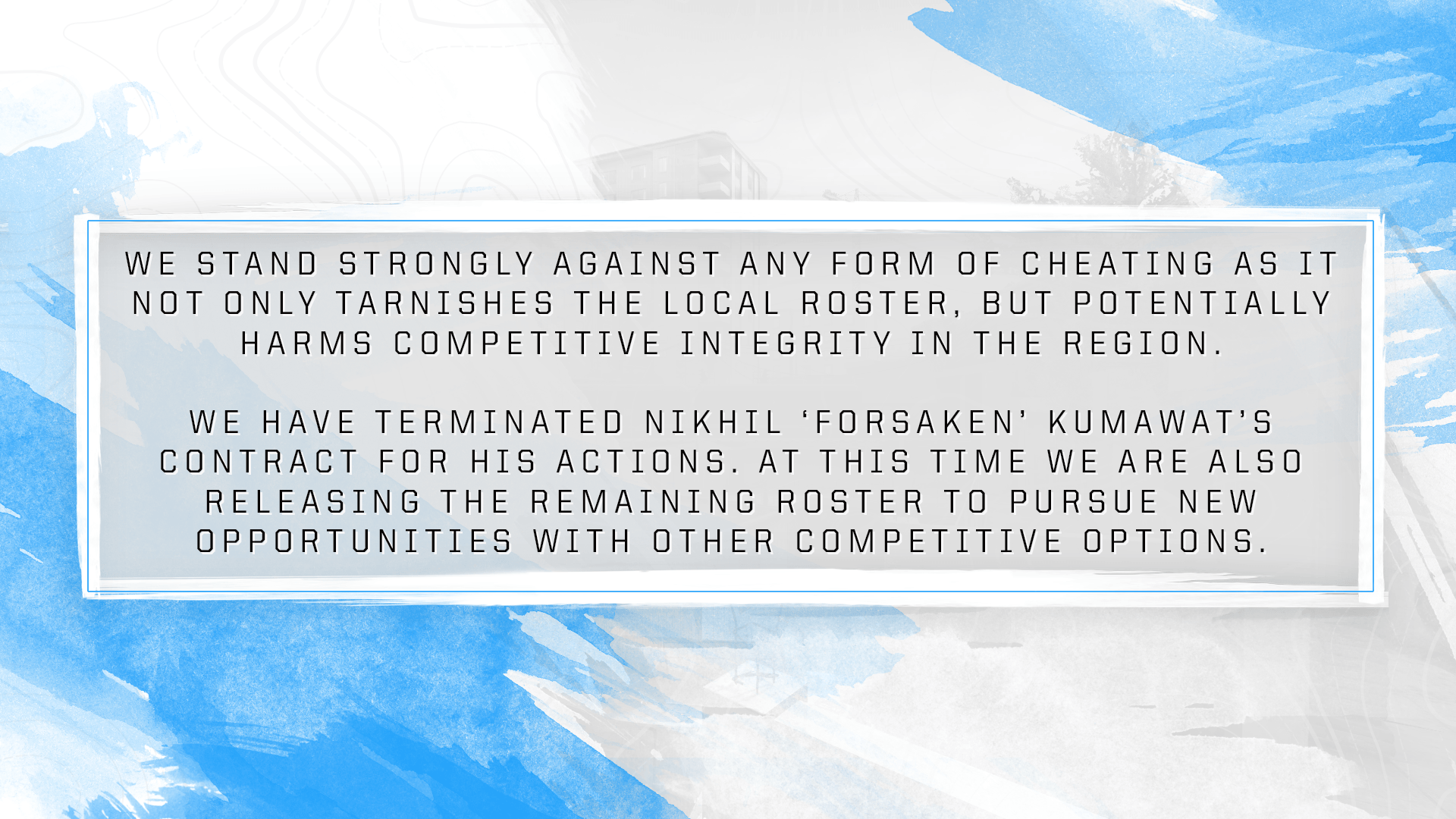